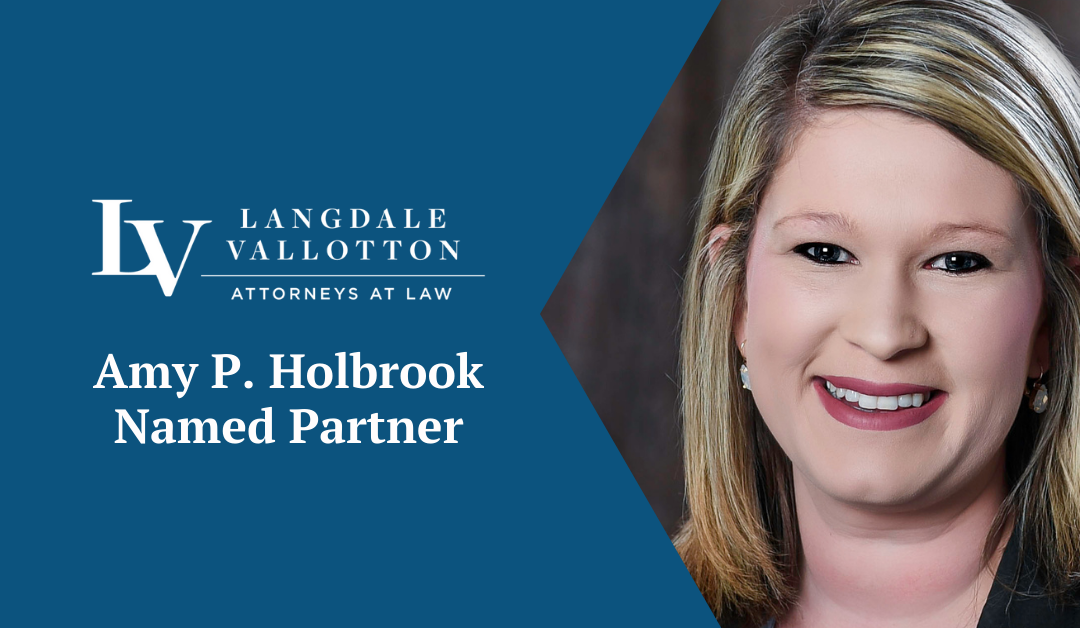 Langdale Vallotton, LLP is delighted to announce that Amy Holbrook has been named a partner of the firm.

Amy is originally from Douglas, Georgia and attended Valdosta State University, where she received her undergraduate degree in Political Science. Amy attended law school at the University of Georgia, where she served as Notes Editor for the Georgia Journal of International and Comparative Law. She was also a Dean’s Ambassador. After graduating from law school, Amy practiced in the areas of business and commercial litigation in Albany, Georgia for two years before relocating to Valdosta. Amy has practiced with Langdale Vallotton, LLP since her return to Valdosta.

Amy’s primary areas of practice include civil litigation, where she represents both individuals and businesses in litigation, as well as probate and estate litigation, and landlord and tenant disputes. She also represents clients in complex business transactions, estate planning, and real estate matters.