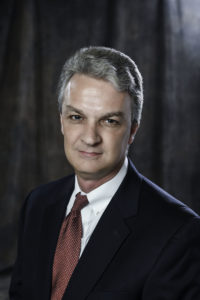 Rob practices in the areas of civil litigation, commercial and residential real estate transactions, corporate and employment law. He is also the city attorney for three municipalities in south Georgia. He has successfully represented business clients in litigation involving contract disputes, Title VII and ADEA discrimination claims, PACA litigation, foreclosure, confirmation and collection actions and workout agreements on commercial loans. He has handled numerous complex commercial real estate transactions including the financing of construction of base housing at Moody Air Force Base, USDA and HUD financing for multi-family housing construction and rehabilitation projects, and acquisitions of hotel, convenience store and truck stop properties. Rob has also successfully argued cases before the Georgia Supreme Court and Court of Appeals, in one case securing a dismissal of charges brought against 15 individuals arrested for engaging in a peaceful protest at a city council meeting by successfully arguing to both the trial court and the Georgia Supreme Court that the statute under which they were charged was unconstitutional. Rob is also the municipal court judge for the City of Remerton.

Rob received his bachelor’s degree in economics from the University of Maryland, College Park. He graduated from Widener University School of Law in 1994 and  joined Langdale Vallotton in 1999. He is licensed to practice in Georgia, Maryland and the District of Columbia and is admitted in all trial and appellate courts in those states, the United States District Courts for the Middle and Northern Districts of Georgia and the United States Court of Appeals for the 11th Circuit. He is a member of the Valdosta Bar Association, the Georgia Bar Association, the District of Columbia Bar and the Maryland State Bar Association. He is a member of Christ the King Episcopal Church in Valdosta.